I got attracted to these through some awesome pics of sun coral from a guy's tank on reefcentral. I ordered this frag off of e-bay around the second week of June. It took about 3 weeks to finally open up.
I feed it brine and mysis shrimp, usually with the pumps off. sometimes, I'll put a half bottle over the coral so our shrimp doesn't steal the food before the coral can eat it. Occasionally, I feed it diced gulf shrimp. It really digs that. It's a lot more work too. And I have to bribe our shrimp with a big piece to keep him away.
After 2 months, the coral has about 10-20 new polyps on it already. I'm now feeding it Rod's food laced with an extra cube of mysis shrimp. Everyone in the tank partakes. 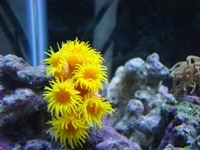 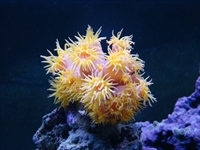 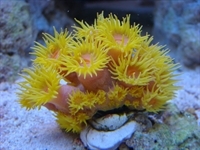 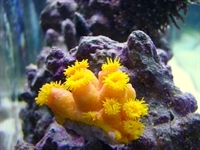 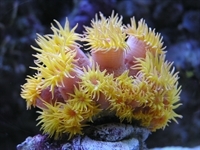 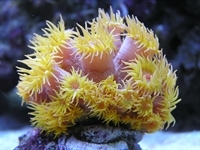 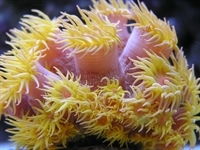 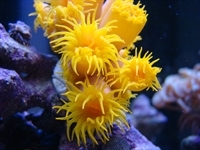 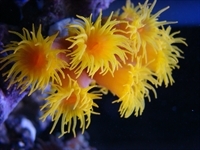 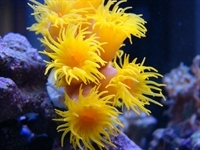