This page contains funny stuff I've run across in my travels around the web.
Disclaimer: I'm not claiming I wrote any of these. If the author runs across any of these - great job. If you don't want them here, let me know, and I'll be happy to remove them.
Some of these will be offensive to some people. Browse at your own risk.

Some people are like Slinkies... Not really good for anything, but they still bring a smile to your face when you push them down a flight of stairs.

1. If you are choking on an ice cube, don't panic. Simply pour a cup of boiling water down your throat and presto, the blockage will be almost instantly removed.
2. Clumsy? Avoid cutting yourself while slicing vegetables by getting someone else to hold them while you chop away.
3. Avoid arguments with the Mrs. about lifting the toilet seat by simply using the sink.
4. For high blood pressure sufferers: simply cut yourself and bleed for a few minutes, thus reducing the pressure in your veins. Remember to use a timer.
5. A mouse trap, placed on top of your alarm clock, will prevent you from rolling over and going back to sleep after you hit the snooze button.
6. If you have a bad cough, take a large dose of laxatives, then you will be afraid to cough.
7. Have a bad toothache? Smash your thumb with a hammer and you will forget about the toothache.

Sometimes, we just need to remember what the rules of life really are:

You only need two tools: WD-40 and Duct Tape.

If it shouldn't move and does, use the duct tape.

A lawyer runs a stop sign and gets pulled over by a sheriff's deputy in Houston, Texas. He thinks that he is smarter than the deputy because he is a lawyer from New York and is certain that he has a better education then any cop from Houston. He decides to prove this to himself and have some fun at the deputy's expense.

Lawyer says, "What for?"

Deputy says, " You didn't come to a complete stop at the stop sign."

Lawyer says, "I slowed down, and no one was coming."

Deputy says, "The difference is, you have to come to complete stop, that's the law. License and registration, please!"

Deputy says, "Sounds fair. Exit your vehicle, sir." At this point, the deputy takes out his nightstick and starts beating the crap out of the lawyer and says, "Do you want me to stop or just slow down?"

"The trouble with our liberal friends is not that they're ignorant: It's just that they know so much that isn't so."

"Of the four wars in my lifetime none came about because the U.S. was too strong."

"I have wondered at times about what the Ten Commandment's would have looked like if Moses had run them through the U.S. Congress."

"The taxpayer: That's someone who works for the federal government but doesn't have to take the civil service examination."

"Government is like a baby: An alimentary canal with a big appetite at one end and no sense of responsibility at the other."

"If we ever forget that we're one nation under God, then we will be a nation gone under."

"The nearest thing to eternal life we will ever see on this earth is a government program."

"I've laid down the law, though, to everyone, from now on about anything that happens: no matter what time it is, wake me, even if it's in the middle of a Cabinet meeting."

"It has been said that politics is the second oldest profession. I have learned that it bears a striking resemblance to the first."

"Government's view of the economy could be summed up in a few short phrases: If it moves, tax it. If it keeps moving, regulate it. And if it stops moving, subsidize it."

"Politics is not a bad profession. If you succeed there are many rewards, if you disgrace yourself you can always write a book.

A burglar broke into a house one night. He shone his flashlight around, looking for valuables, and when he picked up a CD player to place in his sack, a strange, disembodied voice echoed from the dark saying "Jesus is watching you." He nearly jumped out of his skin, clicked his flashlight out and froze.

When he heard nothing more after a bit, he shook his head, clicked the light back on and began searching for more valuables. Just as he pulled the stereo out so he could disconnect the wires, clear as a bell he heard, "Jesus is watching you."

Freaked out, he shone his light around frantically, looking for the source of the voice. Finally, in the corner of the room, his flashlight beam came to rest on a parrot.

"Did you say that?" he hissed at the parrot.

"Yep," the parrot confessed, "I'm just trying to warn you."

The burglar relaxed. "Warn me, huh? Who the hell are you?"

"Moses" the burglar laughed. "What kind of stupid people would name a parrot Moses?"

"Probably the same people that would name a rotweiller Jesus," the bird answered.

A farmer, upset with his low yield of eggs, decided to go to town to buy a fresh rooster who could liven things up a bit with his hens. The man at the supply store told him he wished he could help, but all he had was this incredible randy rooster. "But that's just what I need!" the farmer said.

The store owner said, "Not this rooster, he's trouble. I've never seen anything so horny." But the farmer insisted and eventually took the rooster home on the condition that he wouldn't ever return it. Once home, the rooster jumped into the hen house and nailed every hen repeatedly until they were all exhausted and nearly dead. Undaunted, the rooster hopped the fence and got in with the ducks, repeating the scene with the hens and wiping out all the ducks. He then leaped another fence and proceeding to nail all the geese. This continued for three days until all the farm birds that were left alive lay gasping.

The farmer found the rooster prostrate in the middle the yard, with buzzards circling overhead. "Serves you right." said the farmer, at which point the rooster rose, pointed overhead, winked, and said, "Shhhhhhhhh." 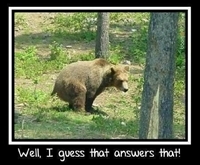 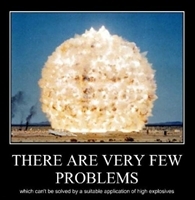 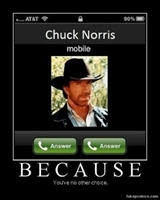 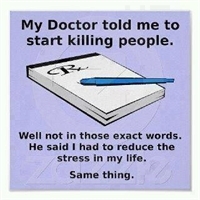